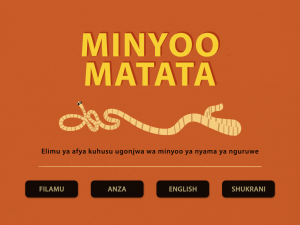 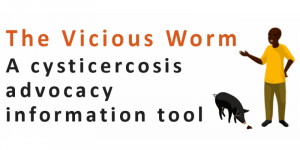 The Vicious Worm is a computer based health education  tool on Taenia solium cysticercosis/taeniosis.

The English version of The Vicious Worm now ready for all platforms: Windows, Mac, Android and Apple iOS

Visit the downloads page for Mac and Windows versions

The Vicious Worm can also be downloaded as an
Android app.

Search for The Vicious Worm in your app store and download it to your Android tablet or smart phone.
An iOS app is also available through

About
The target audience for the tool is first and foremost the people at risk. However, the end users are also the health care medics, veterinary extension officers and other professionals involved in either diagnosing, treating and preventing T. solium cysticercosis/taeniosis. Lastly, the major stakeholders and decision makers setting research and intervention priorities in countries at risk will be provided with fact sheets and an updated policy brief.

The tool is divided into three levels, village town and city: 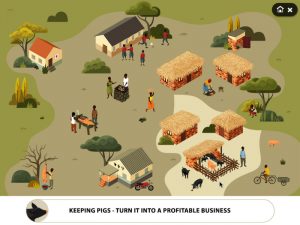 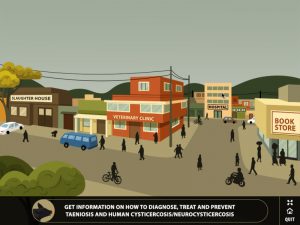 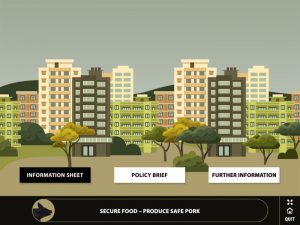